With Samsung’s Unpacked event less than a week away and the fact that we have had pretty much everything leaked already, it’s the perfect time to go through what we do know about the new Samsung flagships and any other devices that Sammy decide to reveal. Hey, you never know, we may still be surprised by something from the event. Bixby might actually become good. LOL. 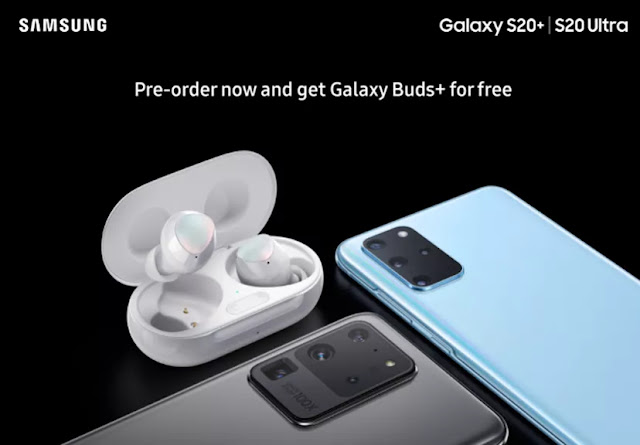 Samsung Galaxy S20, S20+ and S20 Ultra
So the obvious ones to start with are the main flagships and successors to the fantastic Galaxy S10 range from last year. The difference this time is that this range may also be successors to the Galaxy Note range going with the fact that there is now an “Ultra” offering. But the main ones to start with will be the S20 and S20+.
What are the biggest changes from last year? We should see a 120hz refresh rate display, a quadruple camera array and 5G support by default (at least in the US).
The leaks have already covered the 120hz display thanks to an S20 Plus unit that manage dot find its way out into the real world. There is a caveat however, as according to the leak, the 120hz rate will only work on the FHD+ resolution and the high res WQHD+ will still be set to the default 60hz.

With the new cameras on the rear, we have a pretty big change compared to last years offerings, especially with how the cameras are now housed in a square/rectangular shape on the back. Last year, the S10 and S10 Plus offered three lenses: a wide-angle 12-megapixel (77-degree) lens, telephoto 12-megapixel (45-degree) lens, and an ultra-wide 16-megapixel (123-degree) lens. The new S20 models are expected to bump that up to the following specs:

Size wise apparently the S20 and S20 plus are both getting bigger this year, the S20 will have a 6.2-inch screen, which is just slightly bigger than the 6.1-inch S10 from last year. The rumored 6.7-inch S20 Plus is closer to the similarly sized S10 5G model (which also had a 6.7-inch display), rather than the 6.4-inch S10 Plus. The larger S20 Plus is also expected to feature a bigger battery (4,500mAh) than the S10 Plus (4,100mAh).
Design wise we have similar faire to last years Galaxy Note 10, with a hole punch display now moving to the middle rather than the right corners and a taller 20:9 aspect ratio. They will still have the same ultrasonic fingerprint sensors under the display as per last year and sadly there still is no 3.5mm headphone jack. 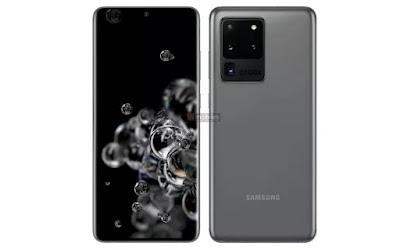 So how about the S20 Ultra? Well the Ultra model is basically looking to be the S20 but on steroids – an ultra-premium model with a bigger screen, beefier battery, and some truly absurd camera specs. The display is still a 120Hz 20:9 panel, but the S20 Ultra reportedly has a massive 6.9-inch screen, making it even larger than the 6.8-inch Galaxy Note 10 Plus from last year. The battery is equally big at 5,000mAh, and it offers more RAM (up to 16GB). 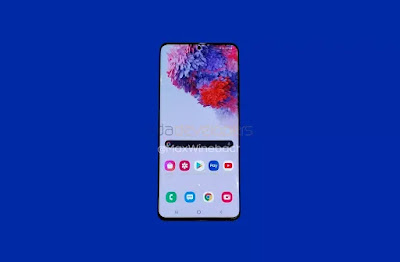 But wait, there’s more – The biggest addition to the Ultra is the camera array as although it will be the same it will also be different. Like the S20 Plus, it will have 4 rear cameras and a front facing selfie camera but the hardware is different. Instead of a 12-megapixel main camera, the S20 Ultra is expected to feature the 108-megapixel sensor that Samsung has been working on for months. That ultra-high resolution sensor is apparently being combined with some software enhancements to enable a combined zoom of up to 100x, which Samsung is apparently calling “Space Zoom.”

Assuming the leaks are accurate, all this would add up to making the S20 Ultra the biggest, most powerful phone Samsung’s ever made. Those specs won’t come cheap, though, with XDA’s Max Weinbach claiming that the phone will cost $1,300. OUCH.

For those wanting smaller phones unfortunately the leaks do not point to a successor for this, there are no rumors this year about a replacement for last year’s smaller Galaxy S10E model, which featured a 5.8-inch display. While the foldable Galaxy Z Flip may fill the role of a physically smaller device for small phone fans, it seems that if you’d like a standard Galaxy S20 phone this year, the smallest size available will be the 6.2-inch S20.

Galaxy Z
Samsungs dive into foldable phones is not stopping anytime soon with the Samsung Galaxy Z due to also be announced at next week’s event. Unlike the Galaxy Fold, the Galaxy Z will be flip phone just like Motorola’s Razr remaster that came out this month. Video has been leaked of the Galaxy Z in action and although specs and
The Galaxy Z will boast a Snapdragon 855 processor, two 12-megapixel rear cameras (one main, one ultrawide), a 10-megapixel front-facing camera with auto-focus, 8GB of RAM, and will naturally run Android 10.
The biggest draw here is that it will be compact and probably cheaper than the Galaxy fold although cheaper is relative considering the astronomical price of the Fold.  One thing to look forward to is the display. Other foldables have used a plastic display as bending glass tends to break but the Galaxy Z is reportedly going to have an ultra thin glass display instead of plastic so will be very interesting to see the longevity and quality of this glass over time.

The S20 lineup isn’t expected to be the only news for Samsung: the company is expected to announce a second-gen version of its Galaxy Buds headphones, the aptly named Galaxy Buds Plus. The new model appears pretty similar to last year’s version, but reportedly will offer twice the battery life and improved active noise isolation technology (they won’t feature true noise cancellation, though, like Apple’s recent AirPods Pro do).

And that’s pretty much it for now, Samsung likely won’t come out with many surprises and will only probably confirm what we know above, what we need to see are release dates and prices in the UK.  If you are looking to watch the Samsung Event, you can do so here but we will be here on the 11th reporting back so stay tuned.