“After careful consultation with our member companies regarding the health and safety of everyone in our industry – our fans, our employees, our exhibitors and our longtime E3 partners – we have made the difficult decision to cancel E3 2020, scheduled for June 9-11 in Los Angeles,” the ESA statement reads. “Following increased and overwhelming concerns about the COVID-19 virus, we felt this was the best way to proceed during such an unprecedented global situation. We are very disappointed that we are unable to hold this event for our fans and supporters. But we know it’s the right decision based on the information we have today. Our team will be reaching out directly to exhibitors and attendees with information about providing full refunds.”

In what now seems an inevitability, and the fact that the Coronavirus is not stopping anytime soon, arguably gaming’s biggest event of the year looks like it will be cancelled.

Multiple sources familiar with the Entertainment Software Association (ESA)’s plans have confirmed to fellow tech site Ars Technica that the organization, which is responsible for the annual Electronic Entertainment Expo (E3), will soon cancel the three-day expo. Like in prior years, E3 2020 was scheduled to play out in early June as a three-day event at the Los Angeles Convention Center. Shortly after we received the tip, indie game publisher Devolver Digital posted a brief, ominous message on Twitter: “Cancel your E3 flights and hotels, y’all.” The ESA had not made any announcements about E3 2020 at that time.

One source who spoke to Ars on background said they’d heard the news of E3 2020’s cancellation “directly from ESA members” and that an official, public statement on the matter “was supposed to be today [Tuesday, March 10] and slipped.”

Representatives for the ESA did not immediately respond to Ars Technica about the state of E3 going forward or whether the event’s seismic shift may instead mean a delay, a move to a completely different venue, or a wholly virtualized, live-streamed event.

Exactly why the event will be canceled is not clear at this time. Late last month, the ESA addressed concerns about the spread of coronavirus and its impact on major 2020 expos around the world by insisting that it “continue[d] to plan for a safe and successful E3” while otherwise “monitoring and evaluating” its potential impact on events held in Los Angeles.

Following that announcement, E3’s contracted creative directors, the merchandise and events company iam8bit, resigned from its post after five weeks on the job. That news followed a February announcement that longtime E3 collaborator Geoff Keighley would not be participating in this year’s expo. 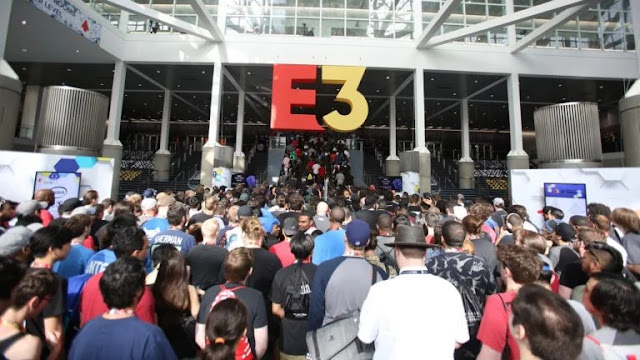 More so than the organizers and headlines, E3 has always been about the games—but even that fact has been a sore spot, as E3 has seen major game publishers bow out in recent years. Activision-Blizzard became an unreliable attendee starting in 2016. EA officially ditched E3 in 2016 to operate EA Play, a standalone event timed alongside E3, on an annual basis ever since. While Nintendo has regularly had a major booth on the E3 show floor, the company hasn’t hosted an E3 keynote event for some time, choosing instead to host pre-filmed Nintendo Direct presentations on YouTube.

Sony’s absence in 2019 was considered particularly major, given that it’s the producer of the world’s best-selling home gaming console, and its E3 2020 no-show seemed even more glaring in comparison, thanks to a new PlayStation 5 console expected to launch later this year.