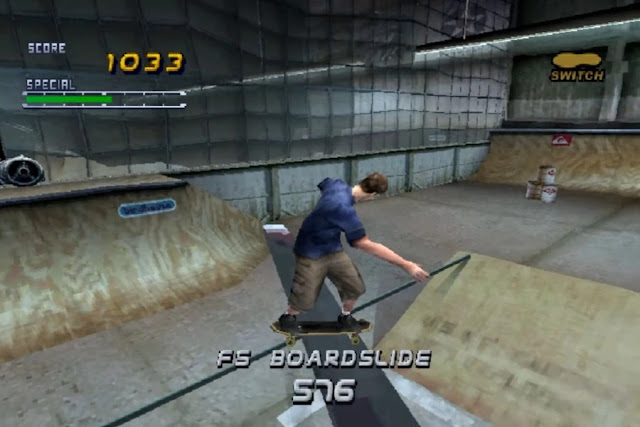 Fans nostalgic for the bygone days of Tony Hawk’s Pro Skater are clamoring over new rumors that the series could be making a comeback in some form or another. Multiple sources are reporting on some kind of return for the Pro Skater series, though it’s unclear at this point exactly what that will look like.
There are two different Pro Skater rumors making their rounds on the internet right now. The first is reports from well-known video game leakers about the existence of Tony Hawk’s Pro Skater remasters. The second is a quote about a supposed new Pro Skater game in the works.

Over the weekend, video game leaker Sabi reported that there are prototypes of Tony Hawk’s Pro Skater 1 & 2 remasters currently making the rounds around Activision.
These reports prompted an interview from October with professional skateboarder Lizzie Armanto to resurface where she mentioned being featured in a new Tony Hawk’s Pro Skater game. Speaking on The Nine Club podcast, Armanto talked about her appearance on Tony Hawk’s Pro Skater 5 and then mentioning, “Tony Hawk is coming out with another one, and I’ll be in that too.”

These separate reports suggest that there are both Tony Hawk’s Pro Skater remasters and sequels in the works for the series and the Rumors for the new Tony Hawk Pro Skater seems to be the most persistent.

In addition to the above, there has been another leak, this time from a band that claims to have licensed songs for a new game in the series.

In a now-deleted Facebook post a band called The Death Set seemingly revealed that they licensed five new songs for a “Tonky Hawk 2020 game.” They also said that “You’ll be hearing this sh*t soon.”

But this also seems like a major NDA breach. pic.twitter.com/gGUiNZL6i8