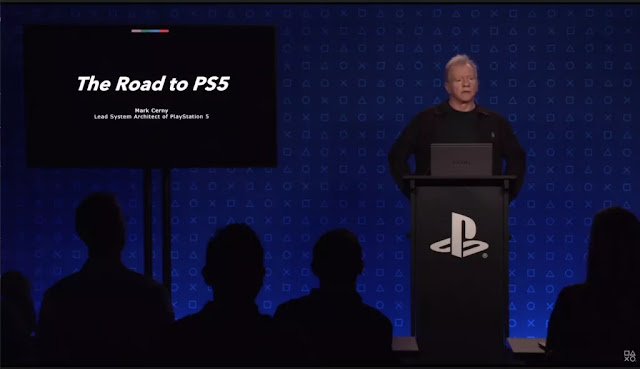 When it comes to game consoles like the PS5, one thing that truly sets them apart from, say, a gaming PC, is the fact that they’re defined by games, rather than hardware. Sure, powerful hardware is necessary to power the best games, but that’s not everything.

But how far does that go?

The answer to that question likely varies from person to person, and from developer to developer, but power definitely plays an important role. And the PS5, at least on paper, is much less powerful than the Xbox Series X.

Again, for a lot of people, they’re going to look at the distinct lack of exclusives on Microsoft’s platform, as its games all also come out on PC, and make the decision to flock to Sony’s platform no matter what. But for anyone that’s looking to choose the most powerful console, things just got a bit complicated, and we’re here to help make sense of the mass of numbers that Sony just spat out. 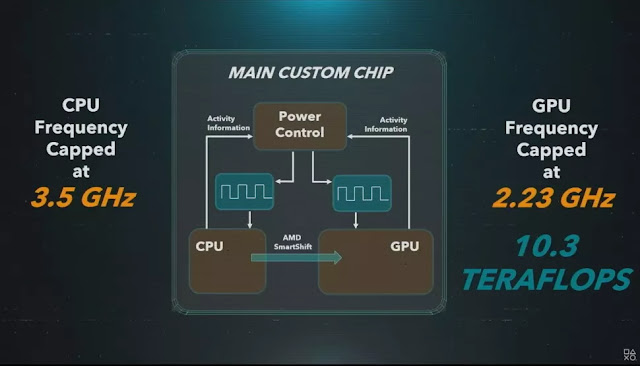 TURBO
While Sony lead system architect Mark Cerny spent a long time talking about SSDs and the PS5 vs PS4 loading times – and that’s something we’ll definitely get into in a bit – something else takes priority here, and its boost clocks.

We know, we know – that doesn’t sound totally exciting, and we get that. But, the difference in how the PS5 is going to handle boost clocks vs the Xbox Series X is one of the biggest distinctions between two platforms that are using pretty similar silicon.

The PS5 is doing things differently. The silicon in the PS5 will instead act more like a standard desktop processor, boosting up in clock speed whenever the temperature isn’t too high, and the current workload demands it. There’s a catch, though – the max boost clock for the AMD Zen 2-based CPU is 3.5 GHz, lower than the Xbox Series X in hyperthreading mode.

The GPU operates in much the same way, boosting up to 2.23GHz when it can. Now, Cerny claims that the PS5 will sit at this clock speed for long periods of time, and it’s not like we’d be able to actually measure that even when the system comes out, but that’s incredibly optimistic. Typically games hammer a graphics card, causing temps to go high and stay high.

Sony still hasn’t bothered revealing the system design yet (seriously), so we don’t know what kind of cooling solution will be available, but things might get a little slow and heated over here. Especially as the console’s lifecycle goes on and folks’ systems inevitably get filled with dust, those turbo speeds are going to go down. And, if Sony is going to rely on that high clock speed to hit its performance targets, people could start to see performance drops the longer they have their console. 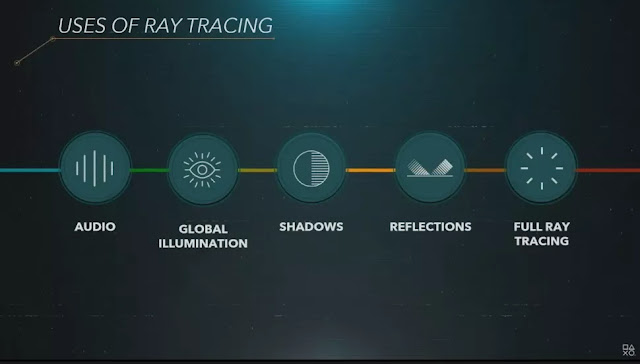 GRAPHICS
Both consoles will be using GPUs based on AMD’s RDNA 2 architecture, but they’re definitely not the same. The PS5 GPU will be rocking 36 compute units, with a max boost clock of 2.23GHz. The Xbox Series X, on the other hand will have 52 Compute units, with a constant clock speed of 1.8GHz.

Now, it would probably help to clarify what a Compute Unit actually is. Basically, they’re similar to CPU cores, in that a GPU will have a bunch of them, and they’ll be able to act independently to complete workloads. However, within each of these Compute Units are alot of different elements, the most important of which is the Stream Processor, which is another tiny processor.

We obviously don’t know how the GPU will perform in games right now, but this difference in hardware could mean the difference between the PS5 being capable of 4K60 or 4K30. Luckily, the PS5 will still be capable of ray tracing like its Microsoft-branded competitor, but if AMD RDNA 2 is built anything like Nvidia Turing – which, again, is a leap – this could mean that there’s less silicon dedicated to ray tracing, too. 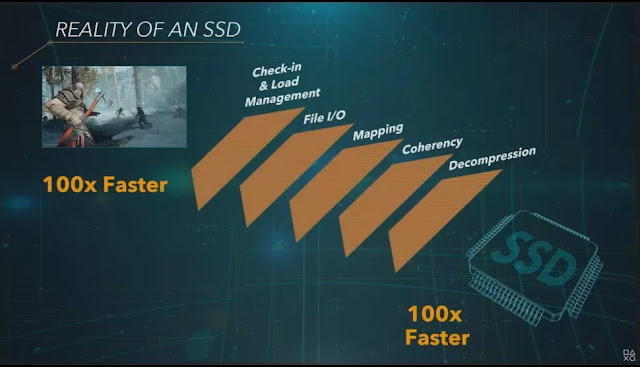 SSD
A large part of the PS5 specs presentation was the SSD. Cerny made it pretty clear that including lightning-fast storage was a huge deal for Sony with this console. But, while the 5.5GB/s of bandwidth sounds great for loading times, there’s something else that SSDs could contribute.

You see, when you’re playing a big open world game like Red Dead Redemption 2 or Skyrim, there are certain limitations that are put into effect thanks to the sheer amount of data required.
Advertisement

Especially if you don’t want loading screens all the time, you need to load a lot of data into your system memory, of which there’s only a limited amount. However, because SSDs are monumentally faster than a hard disk drive, that limitation could theoretically vanish.

Take Skyrim, for example. Let’s say you’re wandering around, merrily exploring the world in front of you and a tempting little dungeon or fort appears that you want to plunder. The way things work now, the world data is about all that the game can really load into memory without the game turning into a slideshow, but with an SSD that’s nearly as fast as RAM, the game could call on that data as its needed.

This all just in theory, but we could end up seeing an open world game that only needs to load when you first boot up the game. The most exciting part is that both consoles will be capable of doing this, and gaming PCs with speedy drives will be able to take care of it too. The next generation of games will look better, sure, but we’re going to start seeing open world games that will make The Witcher 3 look like a child’s sandbox.

But we should make one thing abundantly clear, too – loading times will significantly diminish. PCIe 4.0 SSDs like the one found in the PS5 are up to 100x faster than a spinning drive, and while it’s unlikely that we’ll see loading times get cut by that much, it does mean that we’ll be waiting for games to load for seconds rather than minutes.

PLAYSTATION VS XBOX
Right now, on paper at least, the PS5 looks pretty inferior to the Xbox Series X in terms of pure hardware on offer.
However, with that in mind you need to remember that we still don’t know everything about what these consoles are going to be able to do, how much they’re going to cost and, most importantly, the games that will be available for them.
It’s entirely possible that Microsoft will be charging much more for the Xbox Series X than Sony is for the PS5 – there is that Project Lockhart system lying in wait, after all. And, taking into consideration the magic Sony has been able to pull with first-party games like Horizon: Zero Dawn and Death Stranding ,the lack of power might not even matter.