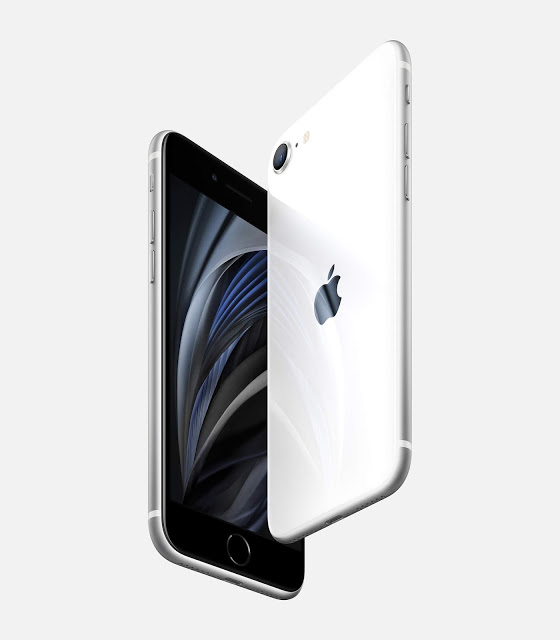 Apple has unveiled a new version of its iPhone SE in the midst of the coronavirus crisis, giving customers access to many of the Phone 11’s high-end features for a fraction of the price.

Like its predecessor, the second-generation iPhone SE has a 4.7-inch screen and physical Home button with TouchID fingerprint reader.

However, it has been upgraded with an A13 Bionic chip – the same one that is in Apple’s current flagship models.

While it only has a single 12-megapixel camera system on the rear, Apple claims it is capable of creating depth-effect photos using Portrait Mode, just like its multi-lens siblings.

The iPhone SE comes in three colours — black, white and red — and will be available for pre-order beginning Friday, April 17, starting at just £419

‘The first iPhone SE was a hit with many customers who loved its unique combination of small size, high-end performance and affordable price,’ said Phil Schiller, Apple’s senior vice president of Worldwide Marketing.

‘The new second-generation iPhone SE builds on that great idea and improves on it in every way — including our best-ever single-camera system for great photos and videos — while still being very affordable.’

The body of the new iPhone SE is made from an aluminium frame with glass covering the back and front, meaning it is capable of wireless charging.

It is water- and dust-resistant with an IP67 rating for water resistance up to 1 metre for 30 minutes.