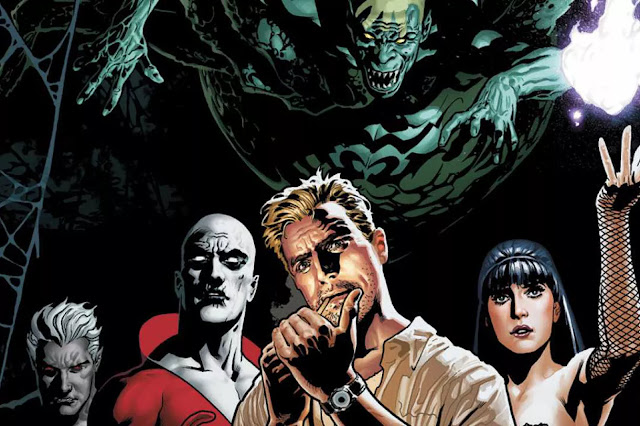 J.J. Abrams is taking on the popular comic book series Justice League Dark as a new producing project under his Bad Robot production label, adapting it into a series for WarnerMedia’s upcoming streaming service, HBO Max.

WarnerMedia hasn’t announced any details about the project other than it will live exclusively on the streaming service. Justice League Dark is an ongoing comic book series that focuses on the more supernatural characters that appear within the DC Universe, including John Constantine (who was portrayed by Keanu Reeves in the 2005 live-action movie).

It’s also unclear who is working on the project, or if those discussions have started. Abrams will produce the show as a Bad Robot production, but he hasn’t announced whether he’ll contribute any writing to the series. The Shape of Water director Guillermo del Toro told ComicBook in 2019 that he co-wrote an entire script for a Justice League Dark movie for Warner Bros. years ago, but nothing ever came of it.

While Kevin Feige is overseeing the Marvel Streaming Universe for Disney Plus, Abrams and Greg Berlanti seem to have big roles in shaping WarnerMedia’s DC Universe on HBO Max. After years of creating the DC Arrowverse (Arrow, Flash, Supergirl, Legends of Tomorrow, Black Lightning, Batwoman, etc) on The CW, Berlanti is now working on a number of projects for HBO Max. Those include an untitled Green Lantern series and an adaptation of DC Comics’ Strange Adventures.

Abrams is also working on two more series for HBO Max: one is a horror series inspired by Stephen King’s The Shining. Called Overlook, the show will focus on the “untold, terrifying stories of the most famous haunted hotel in American fiction.” The third, called Duster, is a completely original project that Abrams will co-write. Duster follows a getaway driver for a “growing crime syndicate” in the 1970s southwest.