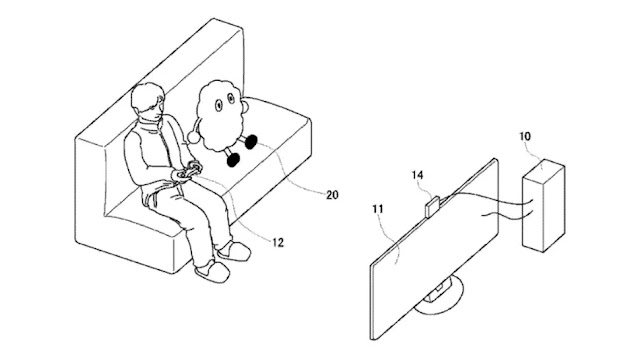 Sony has form for cute little robot companions, and it looks as though the tech company could be working on another invention – specifically a gaming buddy robot that sits with you on the sofa.

That’s as per a newly published patent spotted by IGN and available to view at the US Patent & Trademark Office (USPTO). We wouldn’t pay too much attention to the accompanying sketches though, which are no doubt just a guide.

What we have here is a “feeling deduction unit” that will sense your feelings and react accordingly: cheering you on when you reach a new level, perhaps, and offering commiserations when you don’t.

The thinking is that a joint gaming experience is more fun and more encouraging than a solo one, even when your partner is a robot made by Sony. This could even extend to watching movies as well as playing games, the patent says.

The filing explores the idea of tracking your heart rate and sweat rate to get an idea of how you’re feeling. The robot will also be able to pick up on other prompts – such as how kindly you talk to it.

As well as offering encouragement and companionship, the robot might also be able to play some games with you, and even push you to go to bed at a sensible hour. Overall wellbeing and health should be boosted as a result.

The patent leaves open the idea that the buddy could be a “pet-type robot” or a virtual avatar that only exists in the games you play. It might even end up being both.

As always with patents, this is only a guide to what Sony is exploring, rather than any actual confirmation of a real product – it’s an intriguing idea, but don’t expect gaming bot to be out in time for the PlayStation 5.