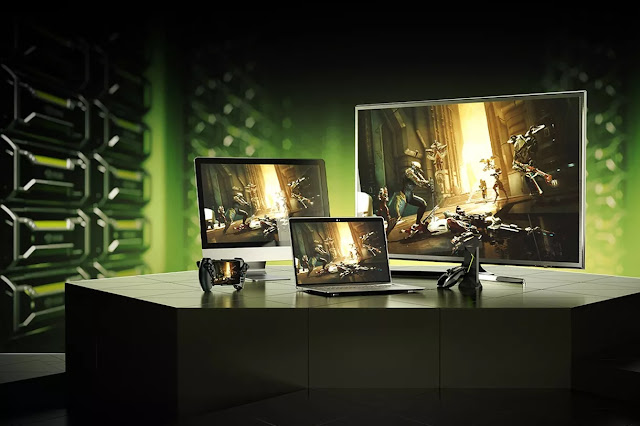 Without Xbox Game Studios, GeForce Now can’t access popular titles like Halo: The Master Chief Collection or games in the Gears of War or Forza franchises. Warner Bros.’ game division is another popular publisher, owning the rights to series like the Batman: Arkham games developed by Rocksteady and Mortal Kombat titles from NetherRealm. Codemasters is well known for developing racing titles with the Formula 1 brand and rally racing games under the Dirt series. And Klei is well known for making indie hits like Don’t Starve and Mark of the Ninja.

The news is another blow for GeForce Now, which differs from Google Stadia by letting subscribers stream games from their existing Steam libraries on a remote PC. Nvidia’s model has been controversial because it does not involve publishers selling separate licenses of games for access in the cloud. Yet due to agreements Nvidia has with those game publishers and likely out of caution for licensing disputes, Nvidia does not support games on GeForce Now without the express permission of the publisher that owns the intellectual property.

This was a non-issue when GeForce Now was free in beta form, but since its public trial launch in early February, Nvidia started charging $4.99 a month. Publishers, including Activision Blizzard and Bethesda Softworks, then began pulling their libraries. 2K Games also removed its titles early last month.

“As we prepare for commercial service in June, we’ll be adding and removing games through the end of May,” Phil Eisler, Nvidia’s vice president of GeForce Now, writes in the blog post. “Behind the scenes, we’re working with digital game stores so publishers can tag their games for streaming on GeForce Now, right when they publish a game. This will help us bring more games to the library, quicker, as well as provide a more stable catalog. We’re transitioning as many games to GeForce Now as possible over this time. For those leaving, we’ll give gamers as much notice as possible.”

Nvidia says these publisher removals are few and far between. Thirty of the top 40 games on Steam are supported, the company says. GeForce Now is also gaining access to the complete Assassin’s Creed and Far Cry series.

“Ubisoft fully supports Nvidia’s GeForce NOW with complete access to our PC games from the Ubisoft Store or any supported game stores,” Chris Early, senior vice president partnerships at Ubisoft, said in a statement. “We believe it’s a leading-edge service that gives current and new PC players a high-end experience with more choice in how and where they play their favorite games.”

Nvidia hasn’t released stats on the number of users it has. But today’s blog post says “the number of registered gamers [for GeForce Now] grows by the millions.”