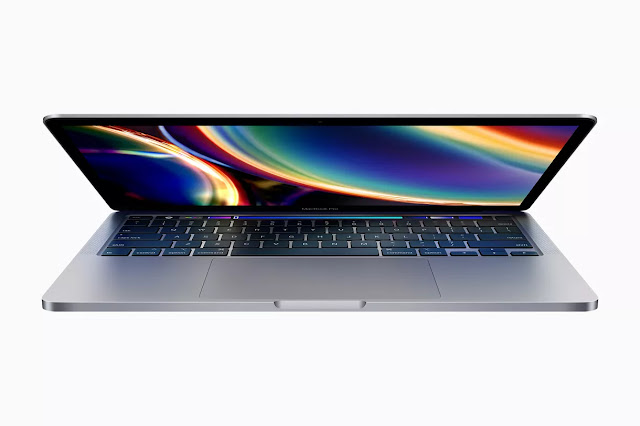 Sooner than expected, Apple has announced a new 13-inch MacBook Pro with a Magic Keyboard. It features optional Intel 10th Gen processors and starts at £1,299. In one sense, it is a minor spec-bump upgrade for the existing lineup of 13-inch MacBook Pros. But it also represents the end of an era: Apple no longer sells any new laptops with the much-maligned butterfly keyboard mechanism.

Apple has moved relatively quickly to cycle out the butterfly keyboard from its lineup. The 16-inch MacBook Pro was announced in November 2019, followed by a refreshed MacBook Air with Magic Keyboard this past March. In the span of six months, Apple has completely swapped out its entire laptop lineup with models that use better scissor-switch keyboards. Compare that to the five years it spent trying to make the butterfly keyboard mechanism work since the 2015 MacBook (now discontinued).

As with the last MacBook Pro, Apple is sticking with Thunderbolt 3 / USB-C connectors, two or four of them in total (plus a headphone jack). The Touch Bar also remains for better or worse, alongside a Touch ID fingerprint sensor and — praise be — a real, physical Esc key.

The RAM can be upgraded to 32GB and the storage can be specced all the way up to 4TB. Apple says that 10th Gen Intel processors have a turbo boost up to 4.1Ghz and that the new Intel Iris graphics support the Pro Display XDR at full 6K resolution. 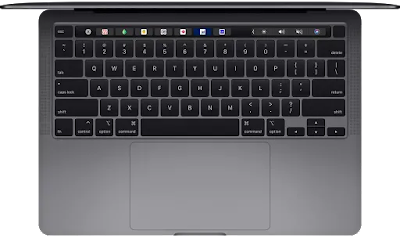 The base £1,299 model also comes with 256GB of storage, up from the 128GB in prior models. But it lacks the 10th Gen processor and starts with 8GB of RAM. An upgrade to 16GB of RAM is available for £100, down from the £200 Apple charged for the same upgrade in prior models.

There have been rumors that the display would be bumped up to something closer to 14 inches, following the 16-inch MacBook Pro’s reduced bezels. That doesn’t appear to be the case here. Apple says this 13-inch display can reach 500 nits of brightness and support the P3 wide color gamut.

It’s available today for order on Apple’s website and will arrive in “select Apple Stores and Apple Authorized Resellers later this week.”