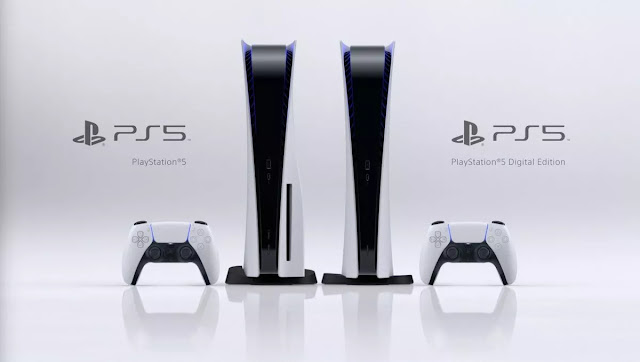 Sony is finally revealing what the PlayStation 5 looks like. After nearly an hour of PS5 game announcements, Sony revealed the hardware design after teasing it for the duration of its PS5 live event today. The PS5 console includes a white-and-black design to match the new controller that will be included in the box.

The PS5 stands vertically, like the Xbox Series X is primarily designed to be placed, and will include two versions: one with a 4K Blu-ray drive and a pure Digital Edition. The PS5 variant without the optical drive looks substantially thinner than the regular model, thanks to the removal of the drive.

The removal of the drive should mean the Digital Edition of the PS5 is cheaper, too, but Sony hasn’t mentioned pricing just yet. Sony simply revealed the design during its live stream, but the company hasn’t provided any firm release date or exact pricing for either variants of the PS5.

Just like the Xbox Series X, the PS5 can be placed vertically or horizontally underneath a TV or monitor. Sony has built a stand that works for either orientation, and the company is using what looks like a slightly different stand for the Digital Edition of the PS5. The top of the PS5 unit also appears to include vents for heat dissipation, with USB-A and USB-C ports at the front. 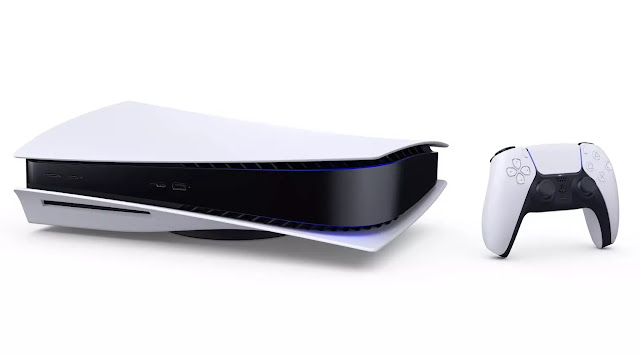 Sony has also created a number of accessories for the PS5, including a DualSense charging station, a new HD camera, a Pulse 3D wireless headset, and a media remote. Sony has not yet announced pricing for any of its accessories, or whether they will all launch alongside the new PS5 consoles.

Sony’s PS5 hardware design reveal comes months after Microsoft revealed the PC-like look of its next-gen console, the Xbox Series X, all the way back in December 2019.

Sony, like Microsoft, has been slowly providing more information about its next-gen PS5 in recent months. The console will arrive in the holiday season and is powered by an eight-core AMD Zen 2 CPU and a custom AMD RDNA 2-based GPU. Sony announced the PS5 specs in March, and the custom AMD chips will provide 10.28 teraflops of power using variable frequencies on both the CPU and GPU.

Sony is also using a proprietary SSD solution to boost load times for games. The SSD will provide 825GB of storage and 5.5GB/s of performance. Sony is requiring that all games be installed to the internal SSD to make use of the read speeds. Epic Games recently provided a stunning Unreal 5 tech demonstration running on the PS5, showing off the loading of cinematic 8K assets and dynamic lighting effects. The PS5 will also support 8K graphics, 4K graphics at a 120Hz refresh rate, and 3D audio.