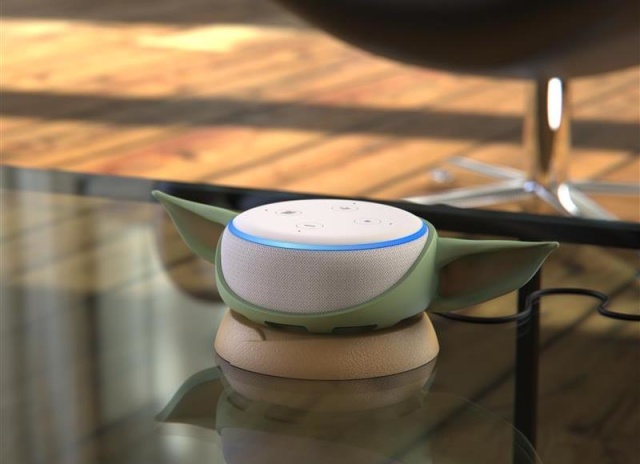 Attention fans of Star Wars, The Mandalorian or just Baby Yoda: if you own a third-generation Amazon Echo Dot, OtterBox has a stand that bestows your device with the likeness of The Child. Starting today, you can fill that void by pre-ordering the accessory from Amazon, according to a statement from OtterBox.
Put your Echo Dot into the stand and, in addition to being securely held with a non-slip base, your device will now have Baby Yoda’s ears — which OtterBox says will make your Echo Dot the “cutest bounty in the galaxy.” The design of the stand facilitates easy interaction with the Echo Dot and was made with audio in mind, the statement reads.

OtterBox, known for its rugged cell phone cases, has a reputation for making sturdy products. The company promises nothing different with this stand, as its “durable material” is meant to hold up against even the strongest Force pushes — or at least regular abuse by your little Padawans.

If giving your Echo Dot Baby Yoda ears will help transport you to a galaxy far, far away, then you can preorder a stand here before it goes on sale August 20th.